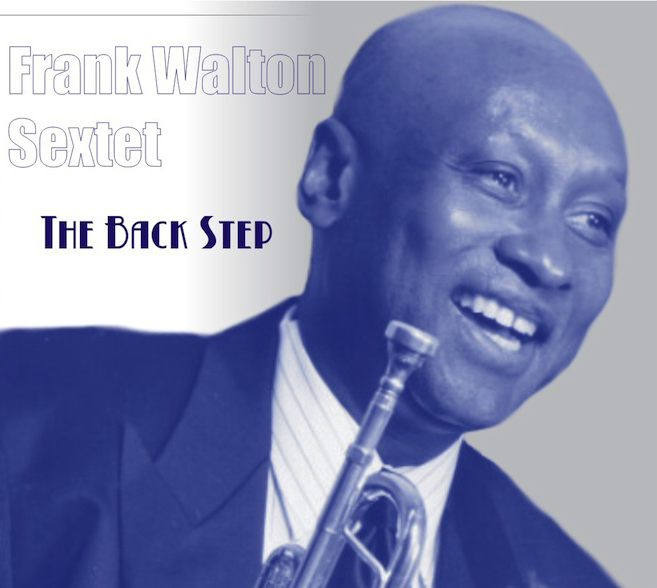 Review of "Back Step"
By: Rotcod Zzaj
From: Improvijazzation Nation, rotcodzzaj.com

Review of "Back Step"
By: George Fendel
From: Jazz Society of Oregon, February 2012, www.jsojazzscene.org
★★★½

You'll find several of them in just about any American urban setting. They are the musicians who sacrifice fame for "home." They're often gifted players who would have established lofty national reputations in New York, but choose to stay in the comfortable environs they know. One example would be Chicagoan Walton, a superb hard bop trumpet player who has been a Windy City mainstay for decades. This recording finds him in the company of fellow Chicago cats Jaleel Shaw, alto sax, and Lance Bryant, tenor sax. The rhythm section is where we find the "famous" New Yorkers.
He and his colleagues step it up in producing a memorable, heated session!
This recording is also important because it includes the late James Williams, a brilliant "do everything" pianist lost to us in 2004 at age 53. This may have been the last recorded document for Williams, who is solid throughout. Also on hand were John Lockwood, bass, and Yoron Israel, drums. The tunes are mostly hard bop vehicles, perhaps reminiscent of the classic Blue Note style of Art Blakey or Lee Morgan. The one exception is the ballad, "Old Folks," a feature for Williams. The recording date is apparently not known because there is no reference to it. Walton simply kept this material in his possession until finally releasing it. Walton, it might be said, draws from players like Morgan and Woody Shaw. He and his colleagues step it up in producing a memorable, heated session!

Chicago trumpeter Frank Walton has been off the jazz scene for a while, and his salvo on Lance Bryant's funky title track shows he couldn't wait to wax this sextet.

This studio date came about alongside the late pianist James Williams' trio engagement with bassist John Lockwood and percussionist Yoron Israel in Boston in 2001. Williams was a mainstay with Art Blakey in the late '70s and knows how to kick a horn-heavy frontline. Though the head is a little tentative on "The Move (Part 1)," workmanlike, John Coltrane-ish tenor saxophonist Lance Bryant digs in before another nimble, enthusiastic contribution from the leader. Philadelphia altoist Jaleel Shaw, better known since tenure with Roy Haynes, drops a corkscrewing solo, inspiring Williams before Lockwood's measured bass precedes energized fills from Israel. Walton turns "Old Folks" over to Williams' trio and the evocative tray-card photo hints how he is feeling it. The tempo is perfect and Williams takes a lovely cadenza before the groove of Joe Henderson's "Mamacita" reintroduces the sextet. Again, Bryant is straight to action with rhythmic motifs a la Henderson, before Walton delivers smears and half-valve notes between fluid runs.

Review of "Back Step"
By: John Book
From: This is Book's Music, thisisbooksmusic.com/

With a very simple album cover of Frank Walton holding his trumpet, one is never sure what to expect. The majority of jazz albums have the main musician holding their instrument of choice, but the delight is the anticipation of what may be inside. Fortunately, within the first minute of this album, I knew I would be enjoying it until the end.

The Back Step is by the Frank Walton Sextet, which included Yoron Israel, John Lockwood, Jaleel Shaw, Lance Bryant, and James Williams. Unless you read the actual liner notes, nowhere in the digipak does it indicate that this album was recorded ten years ago, but Walton felt a need to do so after the passing of pianist Williams, who died in 2004. Walton even states he doesn't know why he held off from releasing it, but now that it's out, people are going to hear the kind of jazz that would have been pleasing to hear in any of the last four decades.

Review of "Back Step"
By: Chris Spector
From: Midwest Record Review, midwestrecord.com

Once a Chicago mainstay, Walton decamped a while back and took this previously unreleased date with him. Why was this in hiding so long? The trumpet man and his first call pals fashioned a left leaning swing date that still seems fresh today. This is the kind of date that might not be sitting down jazz, but you will want To sit back and enjoy the vibe as this crew sounds like it's having a fine time and wants to spread the smiles around. Simply a wonderful, contemporary outing that is so well conceived it's shouldn't stay indie or a secret for long. Hot stuff.

The Back Step was recorded in 2001 but released a decade later with many notable points. Cutting to the chase, this baby swings hard from start to finish and is a title worthy of consideration! Chicago based trumpeter Frank Walton assembles a sextet with an all-star cast that includes the late pianist James Williams. Yoron Israel (perc), John Lockwood (b), Lance Bryant (ts) and Jaleel Shaw (as) round out the band. There are five selections; four are upbeat surrounding "Old Folks" the lone ballad. Isreal's "The Move" and the title track stand out showcasing the brass. This is a great opportunity to also catch Williams shining in his prime. 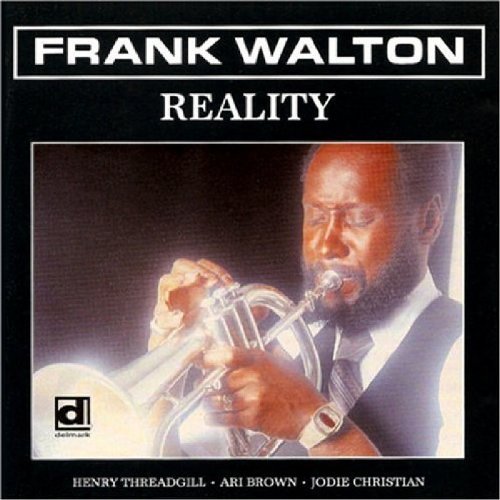 Trumpet and flugelhorn player Frank Walton led a fine sextet through a program of mostly hard bop originals with some standards and soul-jazz on this late-'70s date newly issued on CD.
...Walton's straight-ahead, hard-edged trumpet and more lyrical flugelhorn solos...
Besides Walton's straight-ahead, hard-edged trumpet and more lyrical flugelhorn solos, the contrast between alto saxophonist Henry Threadgill and soprano/tenor saxophonist Ari Brown is both interesting and exciting. Threadgill, one of the '70s greatest composers and bandleaders, played a mix of ripping blues, soaring soul, and spiraling solos, while Brown was a bit more restrained, but no less intense. While this date should have gotten widespread exposure a long time ago, hopefully its reissue on CD will correct the oversight.